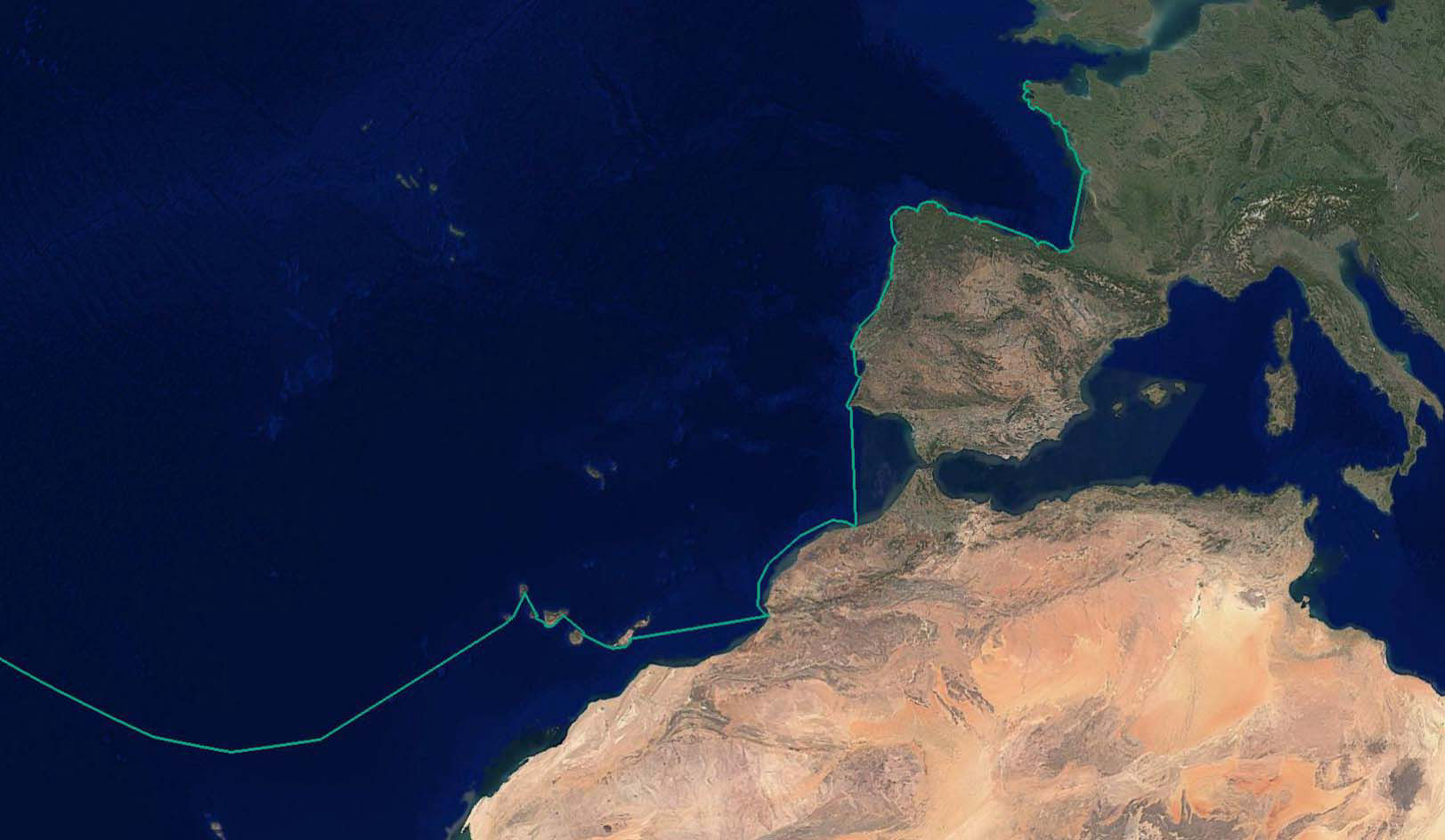 Below is a list of the major places we will visit during year eight of our voyage.

It is has been several years since we were on the Brittney Coast, and this time we sail south along the ports, ending at La Rochelle. 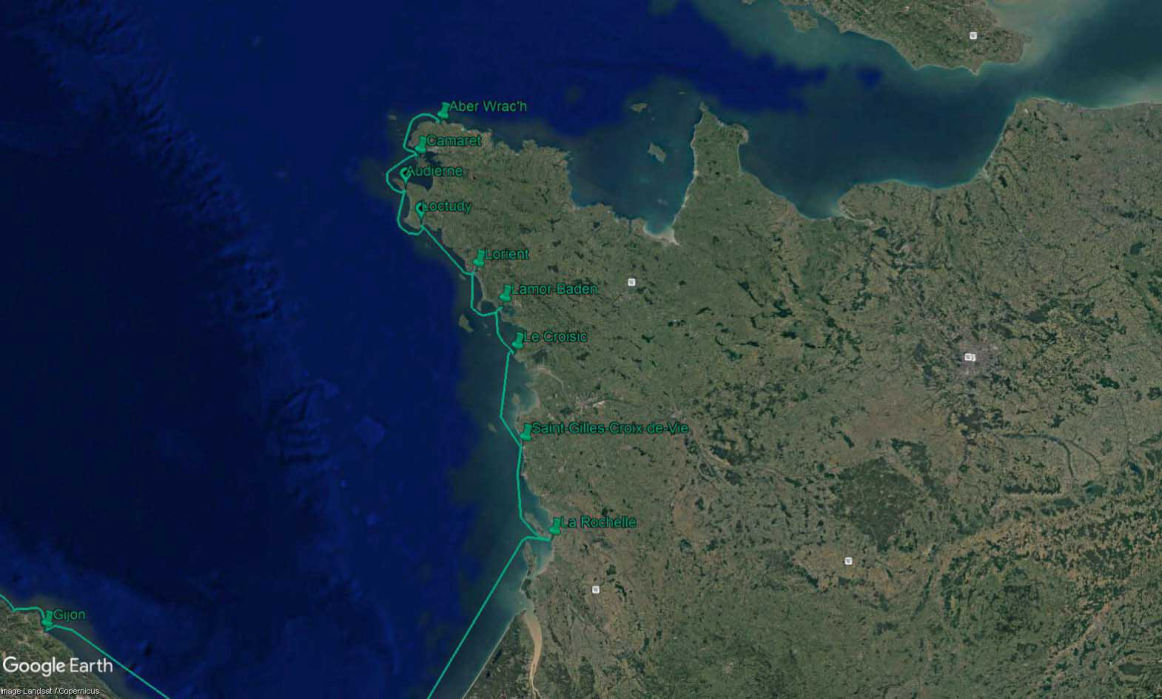 Continuing around the Bay of Biscay, we have two stops in southern France before heading west along the north coast of Spain, finally stopping in A Coruna before going around the point to Vigo. 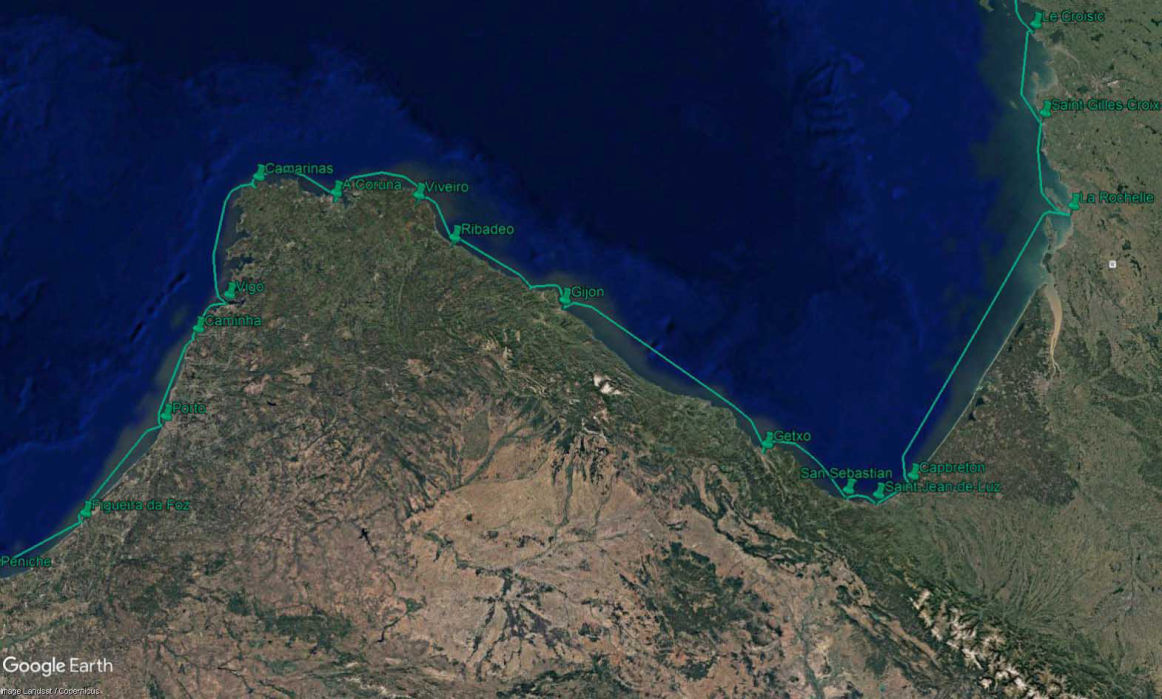 We visit various ports on our way south down Portugal and check out of the Schengen at Sagres, where we will cross to Morocco. 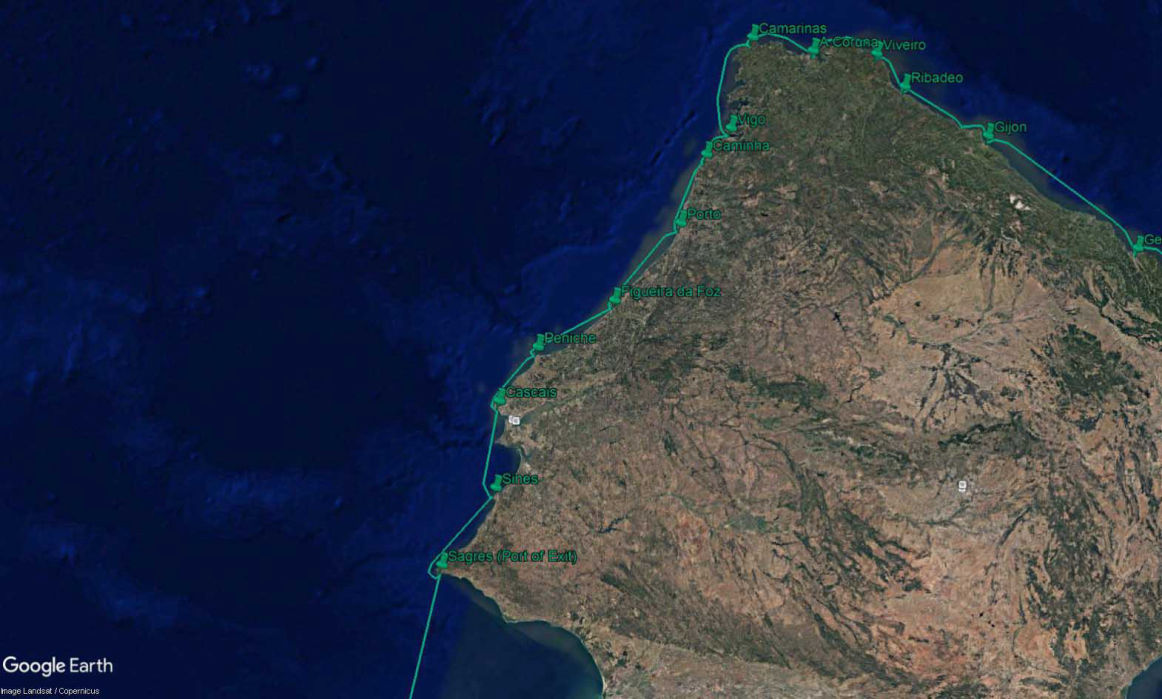 We visit two ports in Morocco, traveling inland to tour.  We clear in at Casablanca, then clear out at Agadir  when  weather window looks good to cross to the Canary Islands. 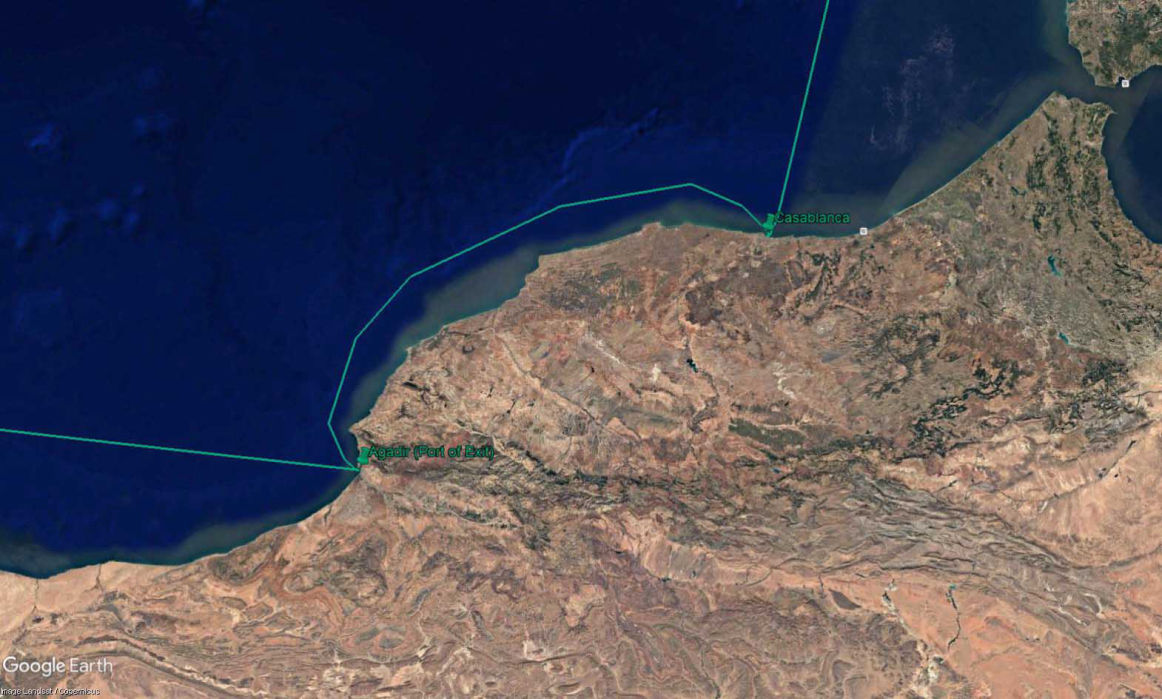 From Morocco, we sail across and make landfall at Puerto del Rosario, where we clear into the Canary Islands.  Then we sail to Las Palmas to reprovision.  We sail around the rest of the Canary Islands before finally waiting for a weather windows at Puerto de la Estaca, out port of exit.  When weather forecast looks good, we head for the Caribbean. 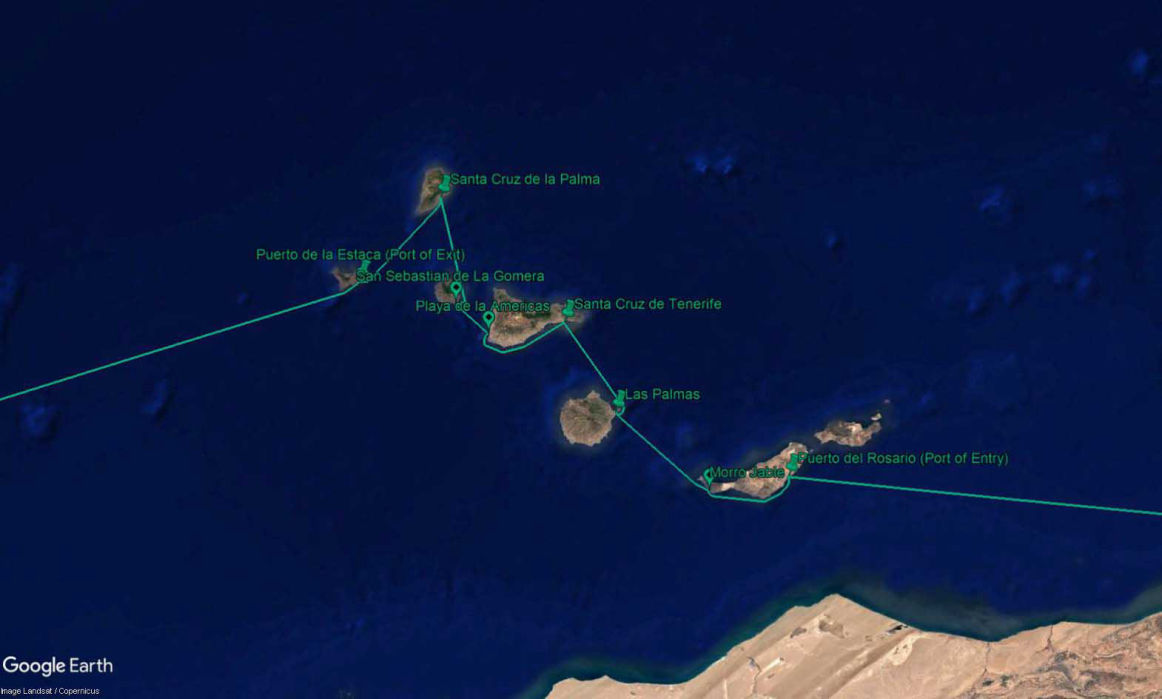 This time when crossing the pond, we head more south and arrive in Trinidad & Tobago for some boat work.  Then we head north, working out way up the Caribbean Islands to Roseau, where we celebrate New Years. 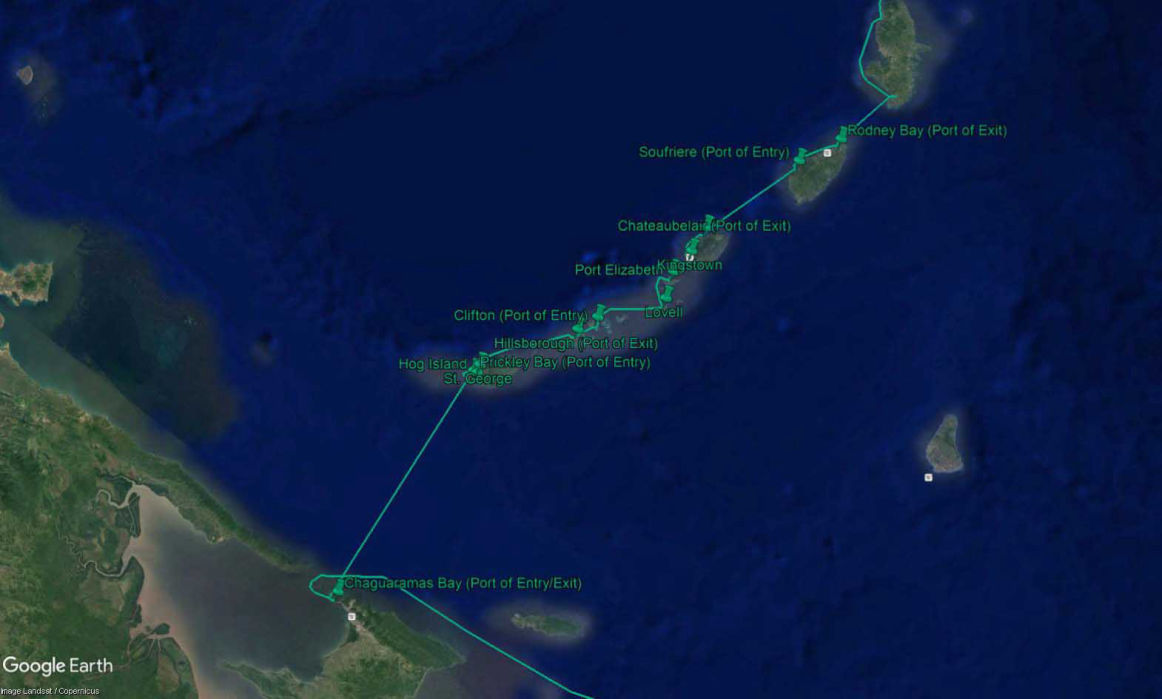 Back to Top Back to Full Route